On Friday our winsome four year old grandson swung his little ruck sack over his shoulder, looked up, parentwards and robustly declared, ‘starting again then!’
His lovely family were turning their faces towards the Flying Dolphin, Athens and home. After 10 companionable days of long laughter and short tears, stories, swims, sweets and siestas this little tribe were….’starting again?’ What a delightful notion, one which has had me mulling.
We have hidden ourselves away for a couple of days, anchored in a bay which we originally referred to as ‘gull rock bay’ but could now be, ‘flip flop bay,’ due to the regular discovery of random footwear; beloved by one small hound as an object to be thrown and retrieved, squashed in the dinghy, immersed in sea water and lovingly chewed. Indeed I could write a decent report on the durability of various brands of footwear thus deployed. Another new name could be, ‘urchin bay,’ because the shore is festooned with sea urchins (commonly known as spiney normans) and is a rewarding hunting ground for their fragile green and pink shells. Today wecollected 7…. sorry Chris, none left now!

So, back to the notion of starting again….
Each ( mostly) morning we sit in the cockpit or huddle in our cabin if it’s wet and windy, to sing, ‘this is the day…..His mercies are new every morning… . ‘
It has become a relief in a way, whatever has happened yesterday is open to a fresh start, quite handy on a small boat where grace is not always our first response towards each other.
Our gorgeous grandchildren ( and Tristan) start and re-start school this week and autumn is trilling its’ changeable song all over. Here we are moored in a bay with a number of other boats, the clouds are strategically filling the horizon and the sea has that ‘preparing for battle’ feel. A couple days of punching winds and frothy waters lie ahead.
Shortly we are joining a friend on his boat to cook octopus with pasta….and octopus marinaded…and very long green beans …and …and..and! Lots to learn…and eat! Fresh chilies to chop!
We can’t bring ourselves to go octopus hunting…it’s the pecky beak and endless bashing on rocks which puts us off…much easier to visit Spiros the butcher and purveyor of fine Greek cheese, local olive oil, expansive welcomes and frozen octopus.
The mood amongst folk we chat with is mixed, many are getting more despondant. Property taxes are starting to bite hard and apply even when houses are unoccupied. Pensions have been cut and the civil servants who retired early to avoid redundancy ( no compensationary pay here) are having to survive on gifts and support from family and friends while the government decide when to start the payments. Meanwhile, for these folk, interim paid employment is forbidden.
An Athens taxi driver who trained as an engineer believes the old expectations of employment and minimal paying of tax have gone and Greeks must look around at their resources and skills and be prepared to change. We listen to a variety of opinions and difficulties. 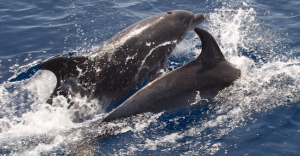 to recap on our August….dolphins and grandsons whooping and swooping with delight around the boat, water as warm as a turquoise bath, enormous tomatoes and courgettes like mini footballs. Anchor tangles, a heroic son in law heaving lines on and off rocks and moonless nights. Turtles and toenails (blue then broken…on cleats….then repaired by Abbie.)
Delightful evenings with family and friends on deck, long and insightful chats, debates and exchanges of view. Occasional hot battles between the two of us and some grumpy cleaning up down below.
Sitting here, swinging in sloppy circles, with hatches secured and rain descending, it’s lovely to ponder and be thankful for all the ‘starting again’ yet to come.