Little tasks accomplished speedily can make a huge difference to life aboard. Recently Simon found and affixed a vintage ( ie the only one the chandler could find) hook to our cabin wall…now two str 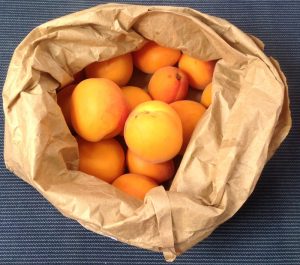 aw hats no longer float annoyingly around  the saloon. He also sawed, sanded and varnished a piece of ply into a handy insert for over the small galley sink. Great for when you want to make coffee and poach an egg simultaneously, which is frequently.

Before leaving the island for a bit of a trip around the Cyclades we took Kezzie to Nik the vet, she had been shaking her head restlessly for a while and we suspected bad ears and fleas. Well yes to the ears but happily no fleas so we came away with bottles, drops, a worm tablet and the next 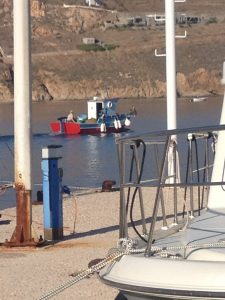 flea preventative. Now the hardest task is to keep her out of the water for five hot days. In the same way that our little friend can hear a banana being peeled from the next cabin so she can hear us slide down the ladder into the sea from her bed under the table…no fooling the one we usually call Ms. Dippy!

A couple of longish sails later and some thoughts are still with us from recent days on the mainland. Like the Sunday morning when we were woken by the sudden roar of overhead jets. Some googling revealed the regular habit of Turkish fighters who menacingly invade Greek airspace and are then chased away. Interesting when we link that to a companionable evening watching a ‘Survival Game’ TV series in a little cafe with a couple of old Greek guys one wet May evening. The two teams of bronzed and well oiled young enthusiasts were falling over themselves to be friendly, considerate and accepting of each other. In fact we wondered how they would ever manage to compete as there was so much hugging and smiley affirmation between them. One team was Greek and the other Turkish. 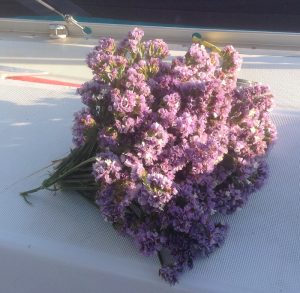 newish marina beyond the town quay and our favourite anchorage a mile or so across to the opposite side. Our attention was drawn to an impressive and huge wooden boat. She was listing to starboard and seemed to be aground on the charted but unmarked rock straight ahead of us.

A fishing boat was buzzing around and the coast guard arrived within a few minutes. There was much commotion and an incongruous little rubber dinghy bobbing alongside the stern.

From the safety of our anchorage we used the binoculars to regularly look for signs of relief from misadventures, feeling so sorry for the Dutch owners.

This morning we had a little visit from Alexis the fisherman. After a reasonable 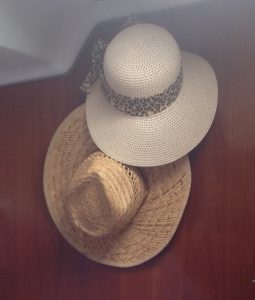 exchange of euros for 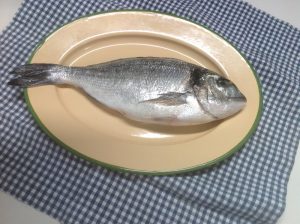 fresh fish we asked about the stricken vessel.

‘That was such an expensive call’, Alexis explained. ‘I could easily have helped them off with my fishing boat but they wouldn’t listen.’ ‘There are many ways to fix a problem and the most obvious is not always the best’, he wisely observed.

We asked for his mobile number but our enterprising new friend was one step ahead. From a smart plastic wallet he produced a handy flyer advertising his various services. One side printed in Greek the other in excellent English.