Home 2017 Nothing is hidden

The bay is slowly filling with a delightful selection of boats, ranging from 8 modest metres to the occasional 20 of sleek, polish and shine. Many drop their anchors for a single night but several, like us, l 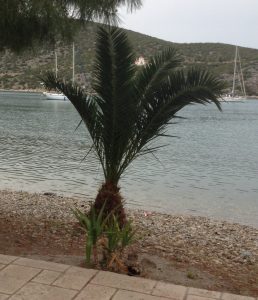 kes us past a few large houses which are partially hidden by dense pine and fruit trees interspersed with artistic splashes of deep vermillion bourganvillia. Thick walls rise from the road and support terraces, beyond which the homes lay tucked. Occasional roadside glimpses of outbuildings and old cars are afforded through steel fencing and gates.
The largest residence sits above a steep bend and boasts two unsociable hounds. Quite astonishingly these dogs know, with absolute precision, exactly when every innocently walking pooch will pass their checkpoint but are non-plussed by unaccompanied humans on scooters or feet.

We have become used to their bizarre display of high pitched aggression as has Kezzie, who tries hard to ignore their insults but definitely speeds up as we go by. The chief aggressor resembles a white wolfish retriever whose lip curling snarls reveal perfect pink gums and vicious looking fangs. His sprightly little subordinate races behind in wholehearted vocal agreement. 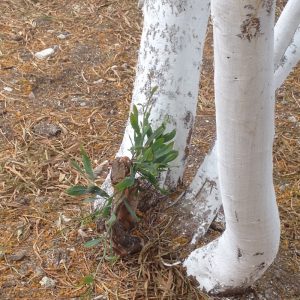 Now I have to confess to a weakness here and some history…discipline by water! Hosepipes, wet flannels, jugs, tumblers, ice cubes…squirts, full pressure, jets, blobs and drips. Highly effective with teenage boys when creative measures of exercising authority are called for and with whom humour is a priority. A little spray in Kezzie’s puppy face was also effective in deterring her from jumping at visitors and small grandchildren.
So here we are walking past the dreaded beasts and I have a bottle of water in my ha

nds. Quite a necessity as we like to slosh a bit on the road after Kezzie has…well you know! With little forethought I decided to have a chat with number one wolf hound. He slammed up to the bars and curled his lips open with undisguised venom. ‘Look,’ I said, ‘lets be friends, you must be exhau 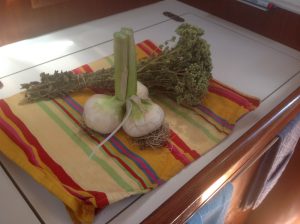 sted with all this barking.’ With quick as a flash repartee the widest snarliest mouth just opened before me and definitely without thinking I responded, ‘ok buster then try this.’ A little jerk of water splashed in and he momentarily gurgled his surprise.
That was on Sunday.
Yesterday we took the same walk with me clutching the same bottle. Approaching our familiar aggressor I started a fresh attempt at communication whilst only slightly fiddling with the bottle cap. Before I had said more than, ‘hello hound,’ Simon made a sort of throaty disapproving rumble and I instinctively walked on. Looking up we smiled and waved a cheery ‘yassas,’ to the well camouflaged little greek lady who was watching our every step and purposefully watering her plants…with a hose!

This post is dedicated to Joel with whom, over the years, much water has been exchanged!